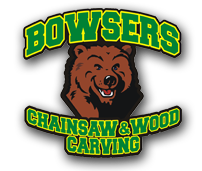 News Star – A man and his bear: A special bond

A man and his bear:

Most pet owners have a close relationship with their animals. However, Bowser isn’t your average pet. He’s a 4-year-old black bear, standing about 6 feet, 6 inches when he’s on his hind legs. He currently weighs about 400 pounds, and he is still growing.

Bowser’s owner Stan Pace has been fond of bears since his family took yearly vacations up in Minnesota.

“I’ve always loved animals since I could remember,” Pace said. “We used to go on vacation every summer to Minnesota with my grandparents. There was a place called Deer Land. We would go to feed the deer. One year there was a bear and I was all over it. They’d pull me away because he’d scratch you, but I made my way back over to him.”

He said, “There was a strong spiritual connection that stuck with me. From then on, I’ve always wanted one.”

About four years ago, Pace got his wish. Pace brought Bowser home when he was a couple weeks old. Since then, they’ve had a special bond.

“Once he came home, it was amazing,” Pace said. “I just love him to death. I’ve had him since he was a baby and could hardly walk. I feel obligated to share him.”

He said, “My daughter came up with the name. He was a character as a baby. He wore diapers and ran through the house, jumped on all the dogs, knocked everything off tables. Then you’d scold him, tell him no and he’d look all sweet and innocent. Finally, at three months, my wife said that’s enough, and he went outside.”

“The main staple of his diet is high-protein dog food,” Pace said. “During the summer he eats about 10 pounds per day. He gets a lot of chicken eggs, apples and whatever leftovers he likes.”

To beat the heat, Bowser spends a lot of time in his pool.Pace brushes Bowser daily. He will then have the hair he collects made into yarn used in various projects.

“Sometimes I’ll come in here and just his nose will be sticking out of the water,” Pace said.

“You can’t go out in the wild and shoot a bear and get this much hair,” Pace said. “You might get a handful, but I do this every day and at the end of the year I get yarn made. It’s very special.”

Bowser has plenty of companions at the Pace residence. There are chickens, horses and Bowser’s favorites, dogs.

“Bowser just loves dogs,” Pace said. “Believe it or not he’s more scared of little dogs than big ones. He plays really well with them.”

When winter rolls around and it’s time to hibernate, Bowser will seclude himself in his den, but will keep a close eye on Pace’s woodcarving projects.

“He’ll just stay in his den watching me work, but he won’t come out all day,” Pace said. “When it’s really cold, he’ll push the hay up around the doors and stays asleep. It’s really neat to go in there with him.”

Many would be intimidated by the size and strength of a black bear, but Pace said he and Bowser understand each other on a spiritual level.

“The relationship we’ve grown into is a spiritual experience,” Pace said. “We share time, living space and that’s the great spirit for me.”

Menu, gallery, and other links will be up soon. Thanks for your patience.